“Acantha delivers passionate and energetic performances. A woman full of soul with an incredible voice.”

Unlike many Southern soul singers who earned their wings singing from the pews of their local church, Acantha Lang’s musical accomplishments were born of pure vocal talent and self-determination. Though raised in New Orleans, Lang didn’t find her voice until she stumbled into the good graces of New York’s most accomplished R&B session musicians — and now, she’s London’s best-kept soul secret on the cusp of a solo breakthrough.

Growing up, Acantha Lang wasn’t drawn towards the spotlight, but she felt a calling towards music that she just couldn’t ignore. After moving to New York, this calling eventually led her to take the stage at the famed Harlem Grill, a now-defunct space where Black musicians would congregate after performances in the borough. From Puffy, Stevie Wonder, and Alicia Keys to the session players that ran with Prince, wrote songs with Jocelyn Brown, and backed Acantha each Monday for her weekly “Monday Night Blues” residency, the Grill was home to the best of Harlem’s soul scene, brimming with community and the culture of Acantha’s hometown.

After nearly three years at the Grill, Acantha was headhunted for Manhattan’s renowned cabaret, The Box, where she became the club’s first female MC — a role that ultimately catapulted her to London to open the UK’s sister club. There, she was able to put together her band, write her own music, and start polishing her sound, evolving her voice into the mesmerizing, full-bodied instrument that American Songwriter has compared to the venerable vocal flutter of Aretha Franklin. “When I started making the music I wanted to make… there was no second thought, no confusion,” says Acantha. “I knew exactly what I wanted to do, exactly what I wanted to say… and I couldn’t have done that before now.”

That newfound musical confidence shines through on her 2021 EP debut, Sugar Woman, which Soul Tracks selected as their featured album of the month upon its August release. As Acantha Lang blends Stax-inspired funk with Southern blues, she tells highly personal tales atop spirited, shimmering grooves. Acantha’s storytelling style harkens to age-old blues traditions while grounding itself in contemporary themes, delivering head-on lyrical attacks on fake news (the tell-all “He Said/She Said”), odes to motherly love in the wake of Katrina’s disaster (the gripping “Lois Lang”), and celebrations of Black strength and womanhood with confidence and pride.

Acantha Lang’s growth has been slow but sure: a whirlwind journey from humble beginnings to a steadily burgeoning career songwriting for the GRAMMY-nominated Robert Randolph, writing with multi-platinum songwriter Kiris Houston (Disciples, Kylie Minogue, Little Mix) and Bruno Major, and earning endorsements from legends like Joe Bonamassa, Robert Elms, and noted tastemaker Craig Charles (BBC 6Music / BBC Radio 2) who distinguished Acantha as “brilliant… an independent artist destined for world domination” in a recent interview for Blues & Soul Magazine. Acantha’s rousing “He Said/She Said” appears on his recently released compilation album, The Craig Charles Trunk Of Funk Vol. 2, where he notes that it’s a track that “…will blow the cobwebs out of your eardrums and leave you breathless and eager for more.”

Acantha has built a dedicated legion of fans online through her “Standing On The Shoulders Of…” series (currently over 7 million cumulative views across Instagram, YouTube and TikTok) in which she covers soul legends of years past, tapping into the innate rhythms of jukebox favorites and teasing out all-new moments of wonder. Her exceptional take on the classic, “I Wish I Knew How I Would Feel To Be Free,” ultimately landed her a recent McDonald’s TV spot in Europe thanks to her smooth, straight-tone with roughed-up edges (the perfect Nina Simone vocal stand-in).

Acantha continues to move from strength to strength. She was accepted into the Recording Academy’s (Grammy) 2022 member class and her last single “It’s Gonna Be Alright” was on the first round ballots in three categories for the 65th Grammy Awards nominations.

Armed with passion, a unique perspective, and a voice that stops people in their tracks, Acantha Lang’s full-length debut (coming in 2023) is destined to propel her from an undiscovered gem into the pantheon of modern soul greats.

Stay up to date at https://acanthalang.com or @acanthalang on IG, Twitter and TikTok. 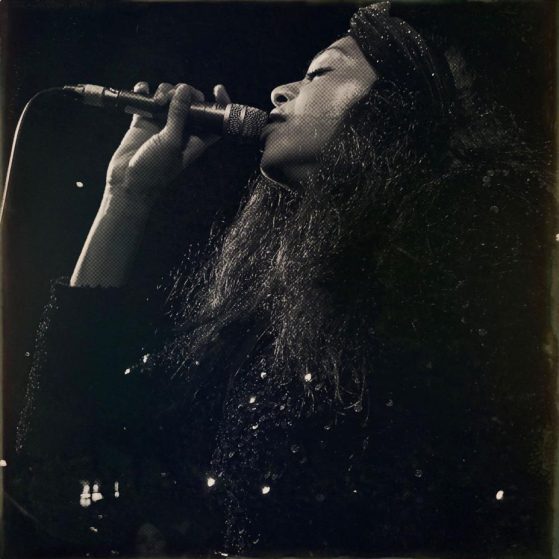